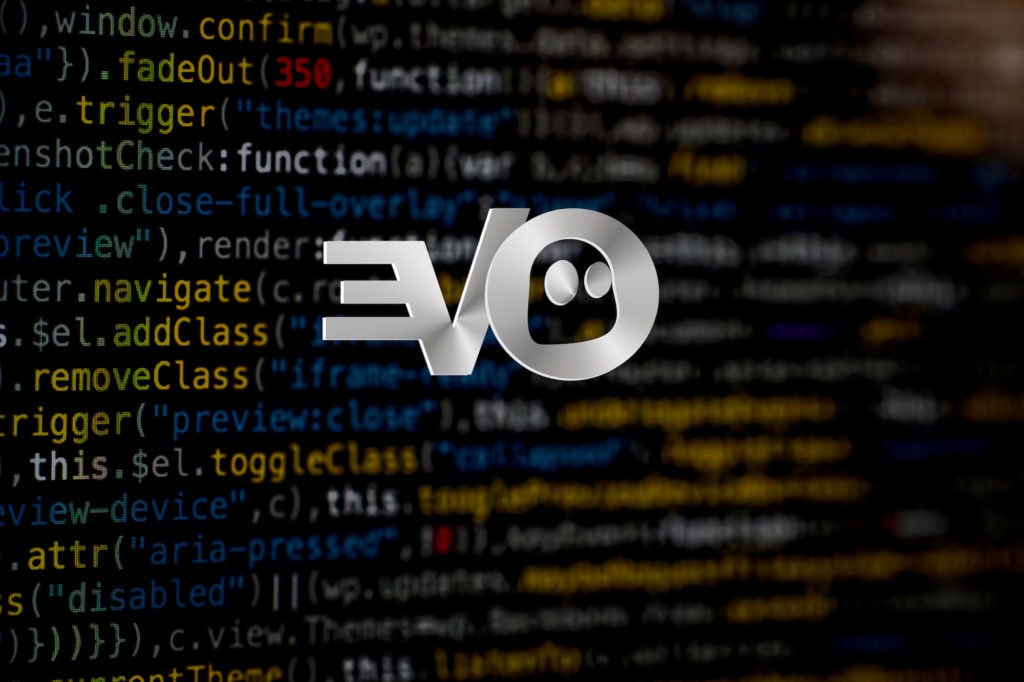 The feature lists of commercial VPN providers keeps getting bigger and bigger. This is because VPNs have gone mainstream in recent years.

And the reasons people use VPNs have grown as well. From bypassing geo-restrictions to blocking ads, VPNs are doing a lot more today than simply encrypting your traffic.

Given the massive feature sets that are becoming the norm for commercial VPN providers, it can be difficult to determine which VPN provider is right for you.

So in this CyberGhost VPN Vs. ExpressVPN post, we compare both VPN service providers to see if one outperforms the other.

ExpressVPN vs CyberGhost VPN - Side By Side

Despite ExpressVPN being a bigger player in the VPN space than CyberGhost, they nonetheless have similar offerings - at least on paper.

They both provide a strong feature set in terms of privacy: They both provide native client apps, with kill switches, for all major operating systems. They both support secure VPN protocols with industry-standard encryption (and they both also support weak protocols, as we’ll see).

They're also both located outside of the 14 Eyes Alliance: CyberGhost VPN is based in Romania, while ExpressVPN is based in the British Virgin Islands. And they both commit to a strongly-worded no-logging policy.

Despite these similarities, we still can’t recommend CyberGhost VPN. Not so much for the feature set (though ExpressVPN does offer better features, in my opinion). But because of CyberGhost VPN’s parent company.

Indeed, CyberGhost’s parent company, Kape Technologies (formerly known as Crossrider) has a history in the AdTech industry and has been caught spreading malware in the past. That’s pretty much the opposite of what you want when shopping for a VPN provider…

Let's go through our CyberGhost Vs. ExpressVPN face-off for the details.

Speed is always going to be towards the top of the list of priorities for VPN providers. Privacy (read: encryption) will of course create some overhead and cause a certain slowdown. But it should be as subtle as possible.

Let’s see how ExpressVPN and CyberGhost VPN compare on speed.

What we want to look at is the difference between my ISP bandwidth and the speed test results.

With ExpressVPN, there’s barely any speed hit at all. My download speeds are averaging at 60Mbps, which is exactly the bandwidth supplied by my ISP.

I’m getting a small speed hit on upload, but that’s to be expected. ISPs typically outfit their networks with fewer upload channels than download channels.

This is excellent performance.

On CyberGhost VPN’s side, the download performance is also very good. We’re taking a small speed hit, but nothing major.

I could see this being a problem with certain network-intensive online games.

ExpressVPN gets the point on speed. Their speed performance is just quantitatively better.

User-friendliness is more important than ever to commercial VPN providers because VPN users are no longer exclusively tech geeks in search of digital privacy.

A lot of non-technical people also now use VPNs for various reasons.

Both ExpressVPN and CyberGhost VPN provide native client applications on all major platforms. And of course, they both provide unlimited bandwidth.

And they both provide Chrome/Firefox browser extensions.

Both apps include a VPN kill switch and both apps support split-tunnelling, which is more and more popular these days.

And each provider’s app is well designed, easy to navigate, and clearly laid out. And you can contact their respective customer support department from within both of these apps.

And speaking of customer support, when testing these two VPN service providers, everything just worked. So I had no need to contact them - which is what you generally hope for.

As far as simultaneous connections go, both providers allow up to 6.

Their performance is equal on the user-friendliness front. Nothing to set them apart. This one’s a tie.

Streaming over a secure VPN connection enables you to bypass geo-restrictions and to circumvent ISP throttling, on top of the security benefit you get from the encryption.

And since certain providers, such as Netflix, have started banning VPNs from accessing their content libraries, unblocking Netflix access has become a major concern for VPN providers.

ExpressVPN and CyberGhost VPN both make the claim that they’re streaming-friendly providers and that claim extends to unblocking Netflix.

ExpressVPN and CyberGhost VPN both provide a dedicated page on their respective websites that explain how to unblock Netflix over their networks.

As you can read in my Netflix reviews of ExpressVPN and CyberGhost VPN, they both do what’s written on the box and they both do it extremely well.

It’s going to be another tie here, folks. The functionality is the same. As is the success rate. Good stuff from both providers here.

Both providers, in line with the industry, support AES-256, the industry-standard cipher that has no known vulnerabilities.

CyberGhost, however, also supports WireGuard, which uses more modern and perhaps more secure ciphers. These are:

But both providers also support weak and obsolete VPN protocols, such as L2TP/IPSec and, in ExpressVPN’s case, PPTP.

This is not a good practice, in my opinion. Supporting weak protocols can put less technical users at risk. Weak and obsolete protocols should not be supported by VPN providers.

They should be phased out.

We’re going to give the point to CyberGhost here. While they also support weak VPN protocols (L2TP/IPSec), they don’t support as many as ExpressVPN (L2TP/IPSec & PPTP). Also, they deserve the point for supporting the WireGuard protocol, which is arguably the future of VPN protocols.

Both ExpressVPN and CyberGhost VPN commit to a strong no-logging policy, on paper. But how do they communicate this in their privacy policies?

"ExpressVPN is committed to protecting your privacy. We want you to understand what information we collect, what we don’t collect, and how we collect, use, and store information. We do not collect logs of your activity, including no logging of browsing history, traffic destination, data content, or DNS queries. We also never store connection logs, meaning no logs of your IP address, your outgoing VPN IP address, connection timestamp, or session duration”.

"CyberGhost has an unequivocal company policy: the strongest observance of data protection and uncompromising protection of user privacy. When using the CyberGhost VPN, we have no idea about your traffic data such as browsing history, traffic destination, data content, and search preferences. These are NOT monitored, recorded, logged or stored by us. More than this, when using the CyberGhost VPN, we are NOT storing connection logs, meaning that we DON'T have any logs tied to your IP address, connection timestamp or session duration. We do NOT have any access to the credit card information you submitted to our payment processor and we DO NOT connect your payment or information with any kind of online activity done by you inside the CyberGhost VPN tunnel. We provide a service that protects privacy. We take your data very seriously and we put a lot of effort to ensure safe storage and protection of your data. We believe you should always know what data we collect and how we use it. This document (Privacy Policy) defines and informs you of any and all of the instances in which your data and information is collected and used".

This is good stuff on behalf of both providers.

Also, as we mentioned in the opening paragraphs, CyberGhost VPN has a trust deficit stemming from their parent company’s AdTech & malware spreading past.

I’m pretty sure their malware-spreading activities were not disclosed in their privacy policy. So can we trust them?

Let’s focus our attention on price now. Here are the different packages, prices, and accepted payment methods for ExpressVPN and CyberGhost VPN:

CyberGhost VPN is cheaper pretty much across the board.

They support fewer payment options than ExpressVPN, but they still manage to tick all the  essential boxes by supporting credit cards, PayPal and Bitcoin - the latter enabling anonymous payments (with a little work).

ExpressVPN is more expensive - though they remain the better VPN provider, in my opinion.

I’m giving the point to CyberGhost VPN, but only because this is the Pricing category and they offer lower prices than Express. Logic forced me to give them this point.

But make no mistake, I would recommend ExpressVPN over CyberGhost VPN any day.

This one may be a tie as well…

ExpressVPN doesn’t really mention torrenting on their website, but as I wrote in my torrenting review of ExpressVPN, it just works on all servers.

CyberGhost VPN takes a slightly different approach by offering a subset of dedicated P2P VPN servers on their network. These servers are grouped within the CyberGhost app.

And again, as written in my torrenting review of CyberGhost VPN, it just worked really well.

For more information, be sure to check out our torrenting reviews of ExpressVPN and CyberGhost VPN.

Another tie. There are quite simply no significant differences in terms of torrenting between these two VPN providers. And both performed very well.

Not much to say in this category:

CyberGhost VPN has a trust deficit.

ExpressVPN takes to point both on trustworthiness and on features.

And the winner is…

The winner in each category gets one point. And both providers get a point in the event of a tie.

I didn’t think it would be that close, and I don’t feel this result reflects reality. ExpressVPN is the better provider, and they did win.

But the reality is that CyberGhost VPN should not be considered as a close runner-up, just below ExpressVPN. Their trust deficit is a problem and it should be a problem.

The bottom line is: we can confidently recommend ExpressVPN, not CyberGhost VPN.

For more information on these two VPN providers, check out our ExpressVPN review and our CyberGhost VPN review.