ExpressVPN Vs. Surfshark - Head to Head

Are you looking to subscribe to a VPN service?

Not sure which provider to go for or how providers stack against each other?

We can help you out. In this post we put two popular VPN providers head to head to see which one comes out on top.

ExpressVPN vs Surfshark - Side By Side 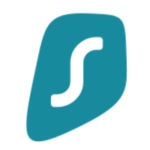 Can't choose between ExpressVPN or Surfshark?

These are both serious VPN providers with a lot on offer. So obviously, there’s going to be some overlap. As such, they both provide native applications for all major operating systems. They both adhere to a strict no-logging policy. They both offer industry-standard encryption and supply a VPN Kill Switch in their apps.

Some distinguishing highlights include diskless infrastructure on ExpressVPN’s side, meaning everything runs in volatile memory, greatly reducing the potential attack surface. While Surfshark was successfully audited in 2018.

This one deserves to be close. And while my personal preference would be for ExpressVPN, because I value security above all, I think Surfshark may win by a very small margin, based on price and features.

Let’s go through their respective service offerings and see if I'm correct.

Speed is important – with or without a VPN.

However, when shopping for a commercial VPN, you want to find one that won’t bog down the bandwidth you’re paying for.

A VPN will inevitably cause some slowdown, due to the encryption’s overhead. But it shouldn’t be dramatic, especially if connecting to a server that is geographically close to your actual location.

Let’s see how ExpressVPN and Surfshark compare on speed.

Both of these results are good.

However, ExpressVPN does have the edge on both download and upload.

Again, while both results are very good, ExpressVPN’s impact on speed is negligible. Such a modest slowdown wouldn’t even be noticeable.

Let’s now take our ExpressVPN vs. Surfshark showdown to the user-friendliness front.

Native client apps have become a staple in the commercial VPN space.

It’s convenient and helps save new users from configuration errors, which could lead them to think they’re protected when they are not.

Both ExpressVPN and Surfshark supply official client apps to their users.

They also both provide Chrome and Firefox browser extensions – and Surfshark had theirs successfully audited in 2018.

ExpressVPN has a larger number of servers and in more countries than Surfshark.

Both providers supply quality apps. In fact, from the screenshots above, they look very similar - and they are. I did have an easier time navigating ExpressVPN's app. But it’s simply a preference.

Streaming has become an A-list feature for VPN providers, with more and more people turning to streaming services over traditional cableTV.

Streaming over VPN allows you to bypass geo-restrictions placed on content. And some VPN providers are also able bypass Netflix’s VPN ban.

Now both ExpressVPN and Surfshark are streaming-friendly. And, yes, they can both bypass Netflix’s VPN ban.

I tested both providers and within minutes, I was on Netflix, streaming away.

No hoops to jump through. No special servers. Just connect and stream. For both.

It can only be a tie here. The performance is identical between these two providers in regards to streaming.

Let’s see what the result of our Surfshark vs. ExpressVPN face off is on security and encryption.

The ciphers used to provide encryption are essentially what determine the strength of the encryption. A serious VPN provider should support only strong ciphers.

AES-256 is the industry-standard. And both ExpressVPN and Surfshark support AES-256.

However, while Surfshark only support robust VPN protocols (IKEv2 & OpenVPN), ExpressVPN also supports weak and obsolete protocols, such as L2TP/IPSec and PPTP.

ExpressVPN does label L2TP/IPSec as being weak, in their app. And you must download extra software to use PPTP, so the risks are mitigated.

But we’d prefer to see VPN providers only support strong and secure protocols.

We’re giving this one to Surfshark. They only support robust protocols with strong encryption. That’s what we like to see.

NordVPN and ExpressVPN commit to strongly worded privacy and no-logging policies. Let’s take a look at how they communicate this.

"Surfshark respects your privacy, therefore we are committed to not process any data related to the online activity of our users. Surfshark is based in the British Virgin Islands, which does not require data storage or reporting. We do not collect IP addresses, browsing history, session information, used bandwidth, connection time stamps, network traffic and other similar data."

Both policies go into sufficient detail. Both seem to understand what they are talking about. But ExpressVPN’s privacy policy is clearer and easier to understand.

As I wrote in my standalone Surfshark review, I felt that some parts of Surfshark’s privacy policy could use some clarification.

For example, they go into the information they do collect, like “aggregated performance data”. Maybe a short explanation of what that is would be helpful.

To be fair, we asked Surfshark the question, and they answered back with an explanation (see the linked article above for details). I just feel the explanation should be included in the policy.

We’re going to go with ExpressVPN here. Their privacy policy is clearer, easier to read, and easier to understand.

Below, you’ll find the different packages, prices, and accepted payment methods for ExpressVPN and Surfshark:

ExpressVPN is more expensive than Surfshark, on any term. I also feel that the payment options offered by Surgshark are more useful. And Surfshark supports more cryptocurrencies than ExpressVPN, which only accepts Bitcoin.

Surfshark takes it on pricing & payment.

Both ExpressVPN and Surfshark support torrenting. Neither of them blocks or throttles P2P traffic.

P2P is kept pretty low key on ExpressVPN’s website. But you simply need to connect to the server of your choice, launch your favorite torrent client, and off you go.

Surfshark’s approach is to provide dedicated P2P servers. However, your traffic is routed to these servers in the background.

So, much like with ExpressVPN, with Surfshark, just connect and forget. But as soon as you launch your torrent client on Surfshark’s network, your traffic is automatically rerouted to a dedicated P2P server.

This is the most thoughtful implementation of dedicated P2P servers that I’ve seen.

For more information on torrenting over Surfshark, check out our Does Surfshark Allow Torrenting/P2P? article.

While both ExpressVPN and Surfshark are fine choices for torrenting, Surfshark’s thoughtful approach takes the point.

I’m going to give the point to ExpressVPN here because of diskless infrastructure. I really, really, like that. Next to diskless servers, a lot of features on offer seem like fluff.

I feel that more VPN providers should follow suit and roll out diskless infrastructure.

The winner in each category gets one point. In the event of a tie, both providers get a point.

But remember, if the results are so close, it’s because these are both high-quality VPN providers and both would be a good choice.

Go With Surfshark if:

For more information on these VPN providers, check out our ExpressVPN review and our Surfshark review.

ExpressVPN Vs. Surfshark - Head to Head